The search for the mysterious Hironori Yasuda

(Disclaimer: This is not a story about a design collaboration. It has almost nothing to do with Giro helmets, shoes or apparel. This is a story about a 20-year career shaped by coincidence and one bold pattern.)

“THIS IS THE PATTERN. This page in this book. I remember it like it was yesterday, but it was over 20 years ago,” says Eli Atkins excitedly. “The energy of this pattern. It just spoke to me in such a visceral way…”

The book in Eli’s hands is an out-of-print collection of black and white patterns. The cover says SPATS which stands for “Super Special Background Patterns” and the only hint of its origins is the credit to Hironori Yasuda and a Japanese agency called Pineapple’s Studio Graphic. “I found this book on my first day at Giro. Back then I had to share a computer with one of the shop guys, so I had a lot of downtime. I’d sit and thumb through the pages of this book.” 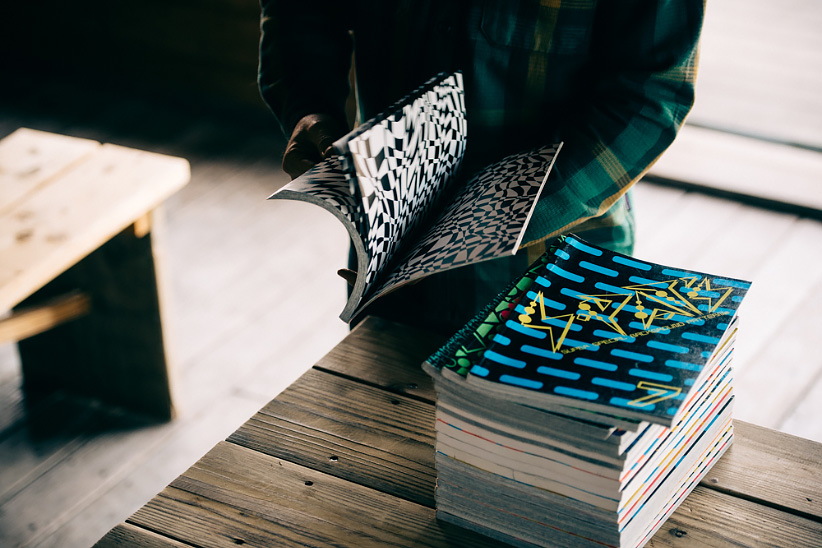 “IT WAS ALL SHROUDED IN MYSTERY”

From the late ‘80s through the ‘90s, the SPATS series gained cult classic status with large design agencies, edgy freelancers, and in-house design departments. While Yasuda’s art became prolific, with a total of 20 books and thousands of bold black and white prints, the man behind the art remained an enigma. “I’d meet other artists and designers and the SPATS books would often come up in conversation. Some people had books four and seven and nine while others would only have a single copy of say, book three, with missing pages and extensive wear. None of us knew anything about the artist. It was all shrouded in mystery,” Eli says.

Over the next 20 years, Eli sought out and purchased different SPATS books, some of them so rare that they cost hundreds of dollars, all of them offering bold patterns for other artists to use copyright-free. The mystery became unbearable. “These days you can find anyone and learn anything about them in a five-minute Google search. If they’re not on Facebook, then they’re on Instagram or LinkedIn,” Eli says. “But searching Hironori Yasuda only turns up a limited number of random SPATS patterns … no images of the artist himself, it was like he was just a ghost.”

This ghost was one of Eli’s biggest influences, a guiding light of inspiration in pattern making, his hero of technique and output. “I wanted to do a Giro kit with one of his patterns, and even though they’re copyright-free, I knew I had to get Yasuda-san’s approval first,” he says. “It was a matter of respect. I had to tell him, ‘hey, there’s a guy on the other side of the world whose entire career was inspired by many works of your art.’” 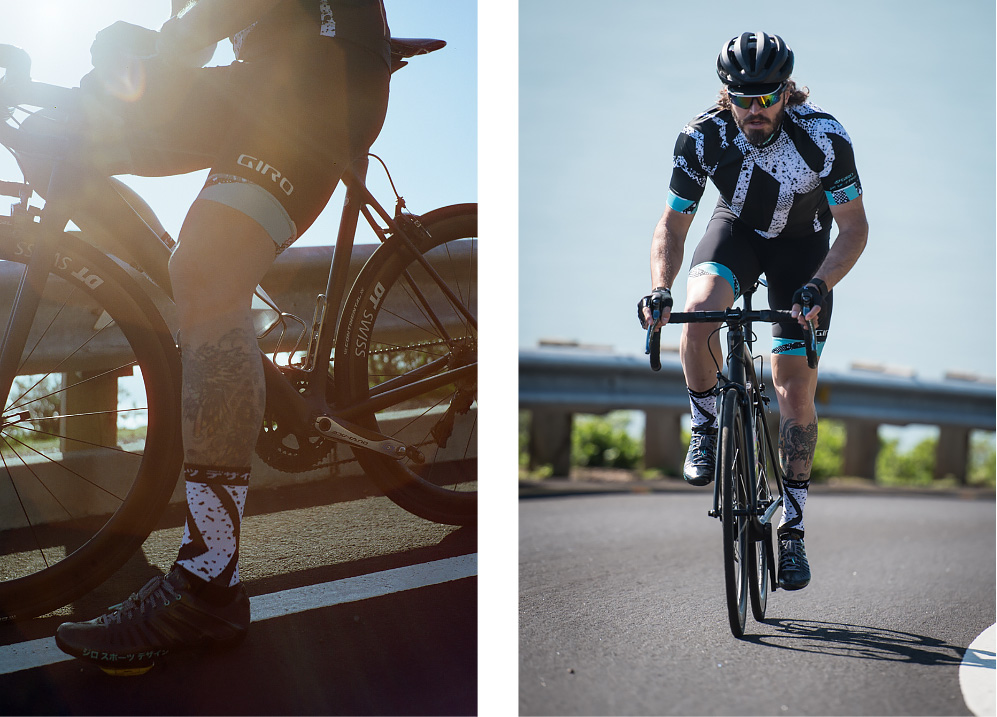 “THE RESPONSE CAME TWO WEEKS LATER:
YASUDA IS NOT INTERESTED”

When Eli finally got an email address for Yasuda, he poured his heart into a letter. He explained how the SPATS books had helped shape parts of his career and pitched Yasuda on a Giro design collaboration with royalties and international distribution. He then had his friend Shin Kano translate and send it to Yasuda.

A response came two weeks later: not interested. “Yasuda politely declined and basically said he wasn’t looking for any attention, but he was interested in who I was,” Eli says. The brief response only emboldened Eli to keep trying. “I spent months trying to find him and years thinking about this stuff… there was no way I was going to give up that easy.”

Eli wanted to make it clear that his intentions weren’t commercial success, this was deeply personal. He walked around the Giro office and videoed each and every employee saying hello to Yasuda-san (note: by this point we all knew about Eli’s obsession and it seemed like the entire staff was along for the ride on Eli’s emotional rollercoaster). Eli then documented the Giro office atmosphere, work specifically inspired by Yasuda-san, as well as his life on the beaches of Santa Cruz, California. The video of smiling faces was sent with another heartfelt letter. This time, Yasuda finally agreed, and Eli booked flights to Tokyo moments after the email was received. 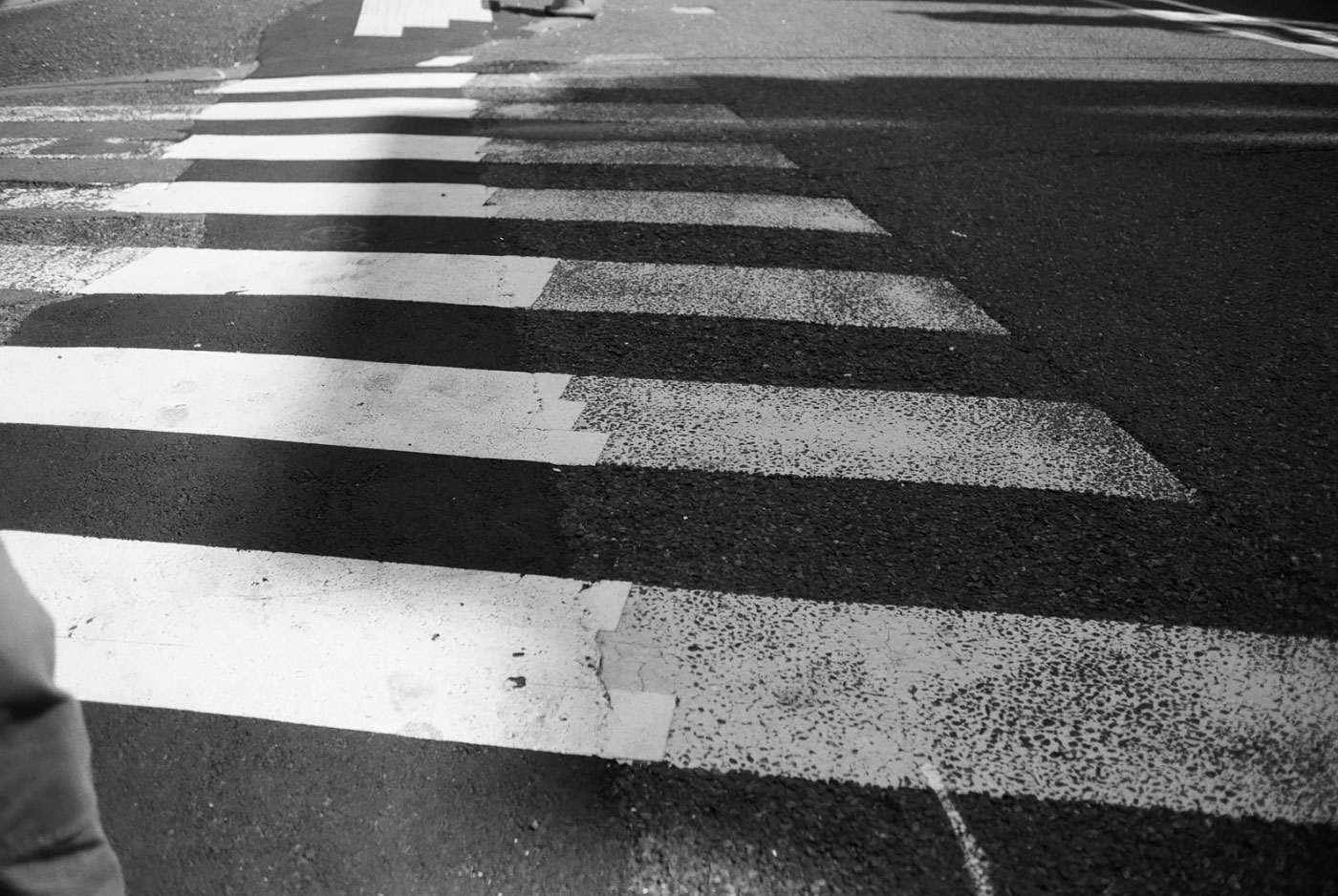 “PEOPLE SAY NEVER MEET YOUR HEROES. That’s a philosophy I’ve heard over and over,” Eli says. “It generally ends in disappointment, when you realize that they’re just regular people. But when I look back on the people I’ve collaborated with at Giro—Jeff Kleinsmith and Sasha Barr of Sub Pop, illustrator Jesse LeDoux, and my favorite band Descendents—it’s always worked out.” Eli considers that rule as he walks through Tokyo’s bustling Shibuya ward.

Despite the long journey, Eli has no jetlag, only nervous energy as a world of different scenarios swirl through his head. He meets the crew from Terasu—two videographers and a translator—at the Terasu studio outside Tokyo, and they anxiously pace the room waiting for the mysterious Yasuda to appear. At this point, Yasuda knows nearly everything about Eli (thanks to the video and long letters), yet Eli still knows nothing about the artist. He doesn’t know Yasuda’s age, what he looks like, where he lives, or if he’s still producing art.

Hironori Yasuda finally materializes at the door with his son. Yasuda-san is by far the tallest person in the room. He has kind and modest eyes, and a soft and gentle voice. He wears a bright red blazer with a matching baseball cap. He quickly takes off his shoes, revealing shockingly plain white socks, then walks over and sits at a small table of books that Eli has brought as gifts. He’s polite but shy, and it’s hard to get the conversation started. 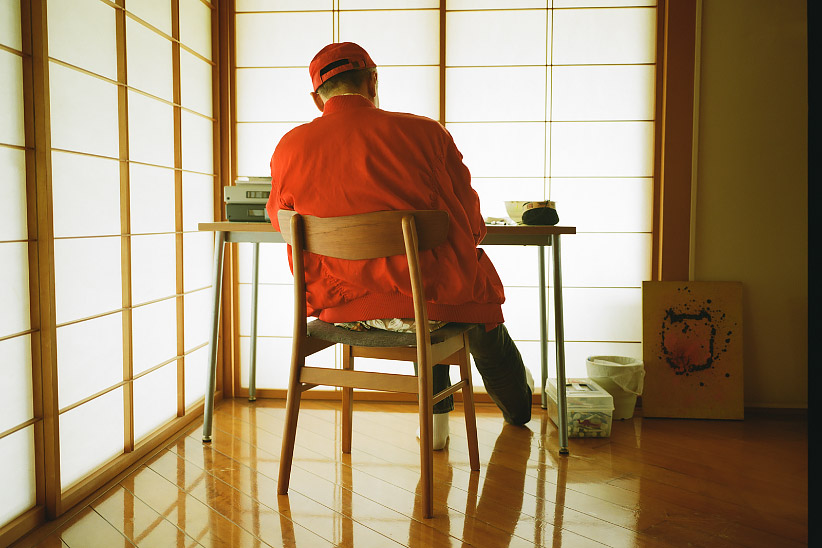 “When Yasuda sat down, I basically panicked,” Eli says. “I traveled all this way, mentally and physically, and here I am sitting across from him and we have no common language, no way to create a conversation without the help of others. It was one of the scariest moments of my life. But I grabbed the laptop and showed him our ideas.”

Through the translator, Yasuda explains to Eli that oftentimes inspiration can come from the mundane. The thick cracking paint of an old crosswalk, crumpled up papers from the garbage or the repetition of an old halftone in a forgotten magazine.

“I don’t have a strong consciousness of it,” Yasuda says. “But there is a time when trash or nothing special seems beautiful. When you take that and magnify it, this tiny thing can become special in so many ways. My patterns are the result of this.” He continues, describing how when he’s inspired he’ll work for days without sleep and little food. He has no favorite artist, no favorite SPATS book, and no favorite pattern. When his art is finished, he’s onto new projects. Long moments of silence stretch between his statements, and the only sounds in the studio are creaking floorboards underfoot, and the laughs of kids playing at an elementary school down the street. Yasuda’s hands are in constant motion as his pen creates more E’s on the page.

In less than four hours, it’s all over, and Eli is walking to the train station alongside Yasuda, his son, and the team from Terasu. “The moment we hit the street, he changed into his signature Pineapple’s Studio black bomber jacket and walked with total swagger. I could see that he wore that jacket with pride,” Eli says. “We took a couple of quick photographs together, and just like that he disappeared into the subway.

“I’ve spent a lot of time contemplating that afternoon. Although we had that time together, he still remains—in my mind—a fable. He’s still the Mysterious Hironori Yasuda, and this is another, probably the most important instance, where meeting one of my heroes didn’t ruin the admiration. I’m more fascinated with his art now than ever before.”

Most people that buy these limited-edition helmets, shoes, and apparel will never know the story or the trouble that Eli went through to bring these things to life. They’ll just buy it because it looks cool … And that’s okay. Eli didn’t know the story, the process or the artist behind the SPATS books. All he knew was that the bold patterns appealed to him in a way that was so deep and meaningful that they changed the course of his life. 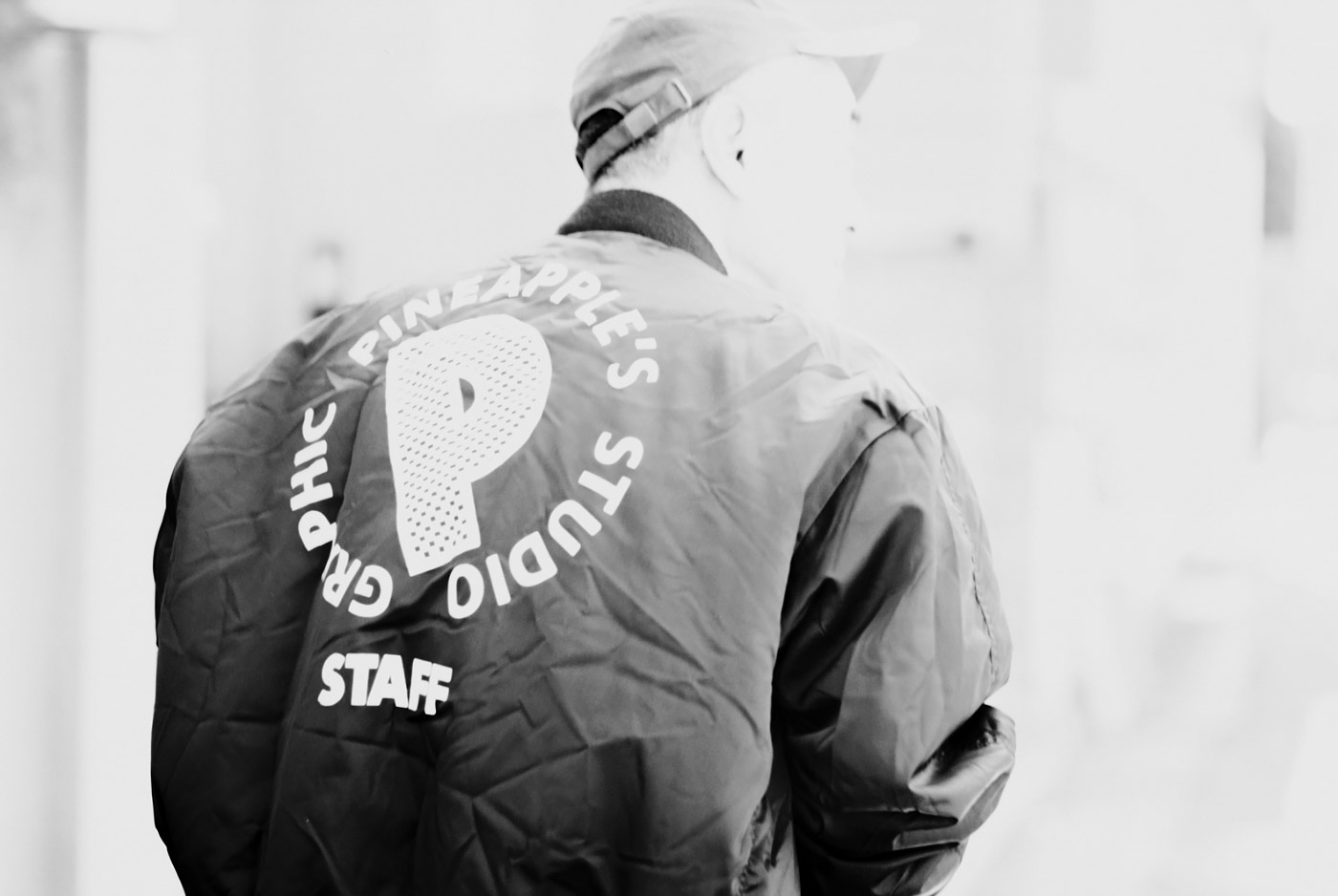 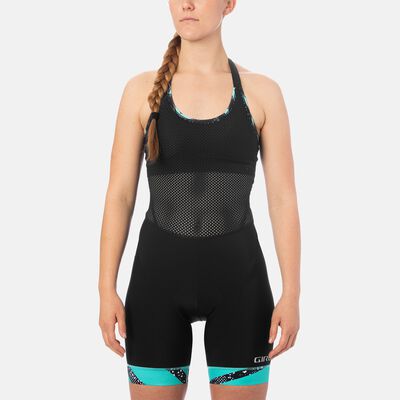 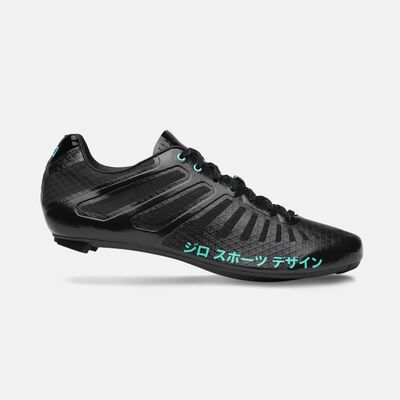 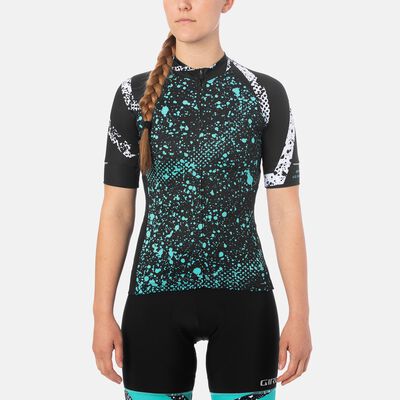 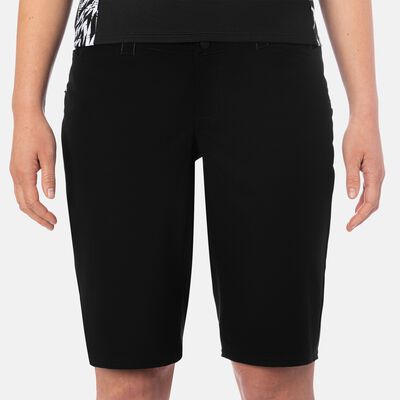 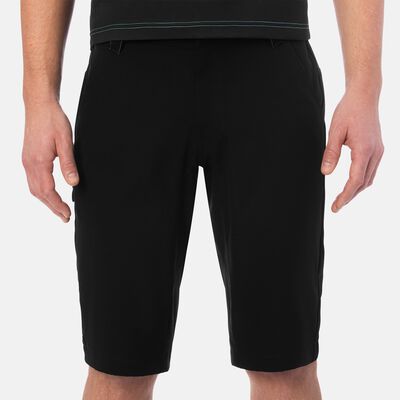 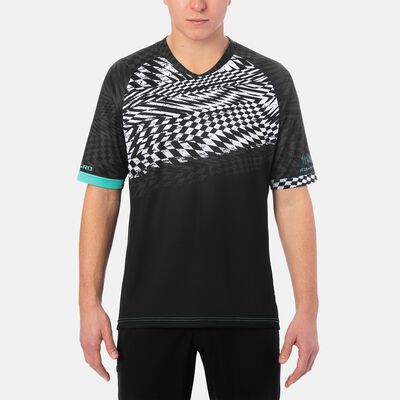 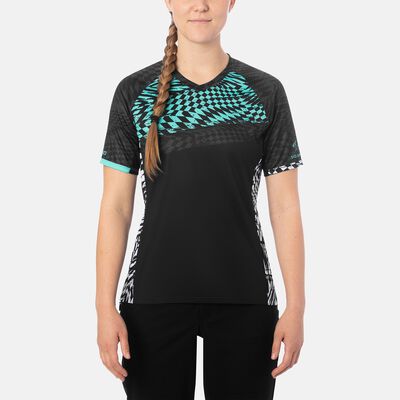 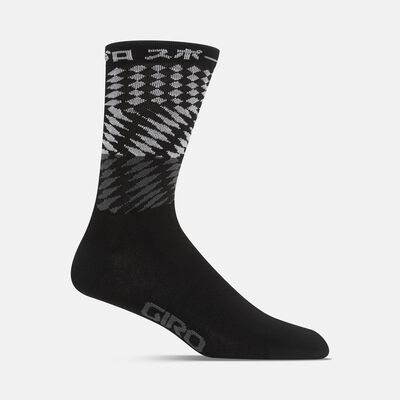