I found my passion for mountain biking in 2006 and my dream was always to become a professional rider one day. Unfortunately, I started suffering a lot of injuries at a young age, and that complicated everything. I went through very dark times where I couldn’t see the light and I didn’t understand why all of that was happening to me. 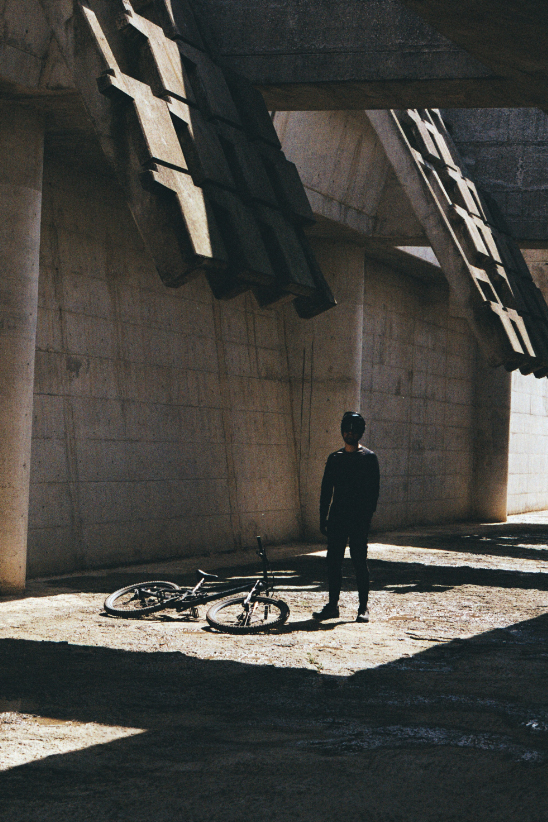 “I WENT THROUGH VERY DARK TIMES WHERE I COULDN’T SEE THE LIGHT AND I DIDN’T UNDERSTAND WHY ALL OF THAT WAS HAPPENING TO ME.”

It was a very bad time, but from which I learned a lot, and as I grew older, my mind started to change. My perspective and vision for the sport became different, and despite everything, it has brought me many good things, such as Bicycle Nightmares.

Since then, I have had very good experiences and I have done things that I never thought I would do. I have traveled to different places and countries of the world, both to ride and to take photos, and I have met and worked with the majority of the professional riders that I used to look up to and see in films and magazines as a kid.

Like many of the other things that I have been able to accomplish in the past couple of years, I had never imagined that I would have my own collection of products with a respected and established brand like Giro.

“I HOPE TO INSPIRE OTHERS TO PUT IN THE WORK AND DEDICATION FOR WHAT THEY BELIEVE IN … AND TO KEEP FIGHTING FOR THEIR DREAMS AND GOALS.”

To me, this is huge, and I am very thankful for this opportunity and I hope to inspire others to put in the work and dedication for what they believe in, to do things differently, and to keep fighting for their dreams and goals even when the path gets rough. 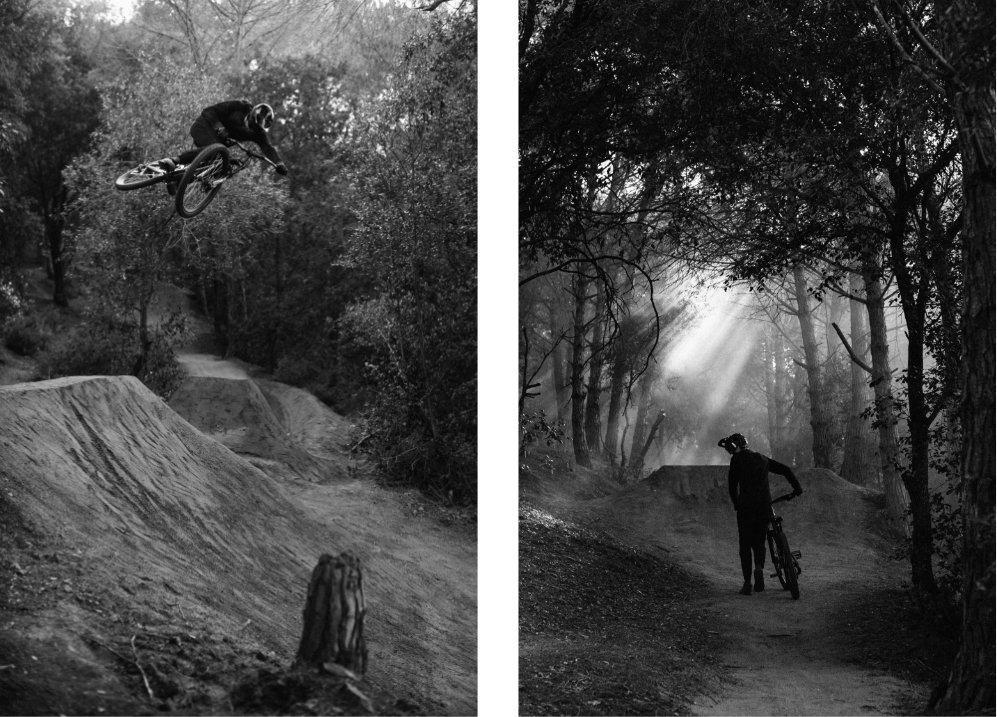 THE STORY BEHIND THE COLLABORATION

For as long as I can remember Giro has been a company known for collaborating with artists and athletes. They were involved in the freeride scene since the beginning, and I have always thought that it would be cool to do something together one day. It’s a brand that is trusted and loved because they combine the latest technologies with subtle designs, care and attention to detail, and that is something very important to me at Bicycle Nightmares.

“THEY WERE INVOLVED IN THE FREERIDE SCENE SINCE THE BEGINNING.”

In 2016 I asked my friend Bastian, who at the time was working with his marketing agency for Giro Europe, for a contact at the Giro HQ. I was going to the Sea Otter Classic and while I was in California, I wanted to see Giro’s offices and test lab in Santa Cruz. I sent an email to an unknown marketing guy and hoped for a response.

I remember that it was 2 a.m. later that day and I was walking home after dinner with one of my best friends from school when I randomly checked my phone and saw a response from Dain Zaffke, Director of Marketing at Giro. He mentioned that he was already a fan of Bicycle Nightmares and that he looked forward to meeting me in person at Sea Otter. I couldn’t believe it. 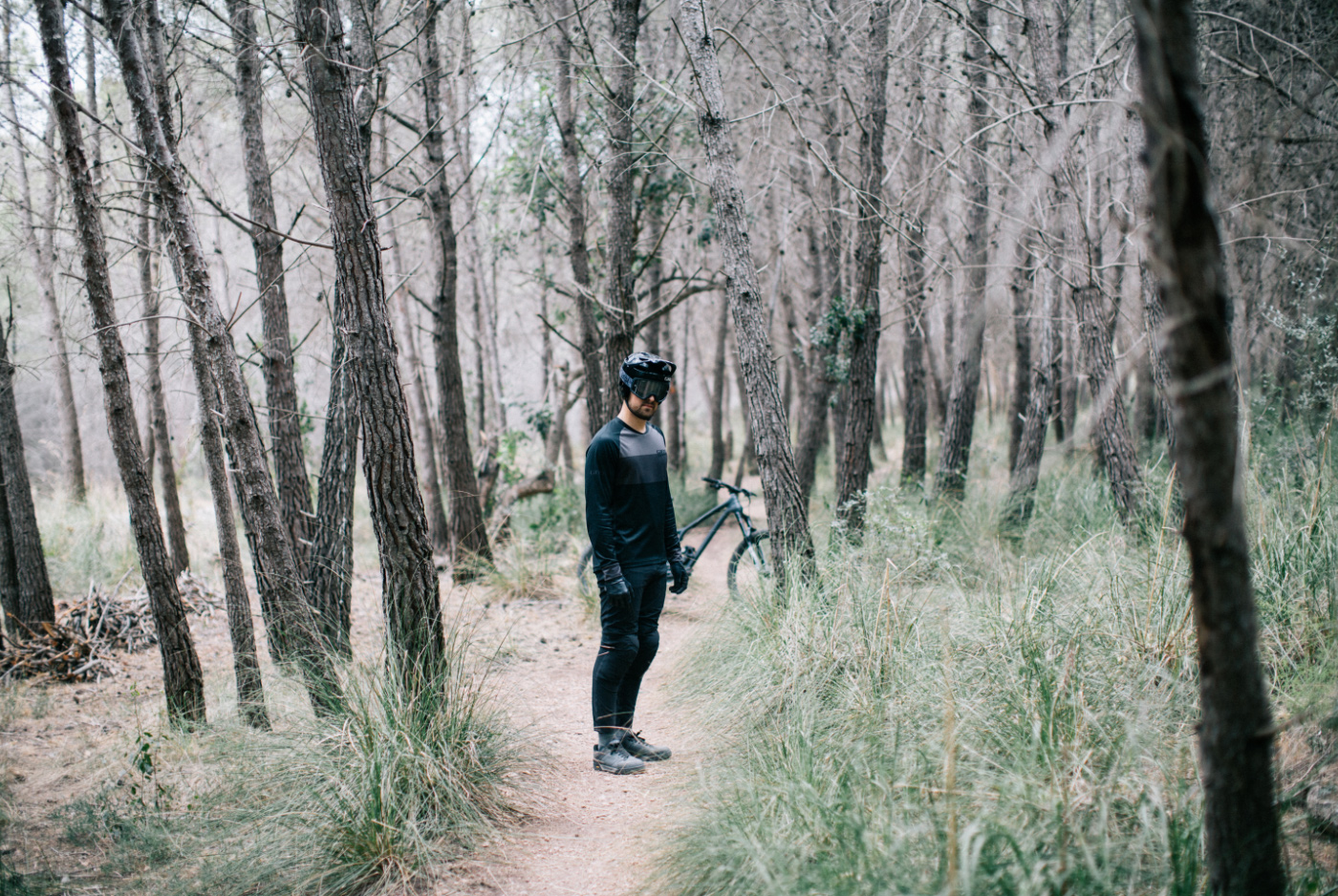 Four weeks later I was trail riding in Santa Cruz with Dain. At the time I was only riding dirt jumps, but I borrowed a bike and decided to take Dain up on his offer of showing me some of the best trails in the area. That was my first-time riding at UCSC, and probably one of my first real trail rides ever, and it was terrible.

I wasn’t in shape, I wasn’t used to the bike, I had barely eaten before, and I even got a flat where no one else would get a flat (and I didn’t have a tube or a pump). I basically couldn’t keep up with Dain. I am not sure what impression he got of me that day, but I was definitely overwhelmed. He was a mountain biker and I was a dirt jumper. I failed the test, but I promised him that the next time that we rode together, I would be ready.

“I PROMISED HIM THAT THE NEXT TIME THAT WE RODE TOGETHER, I WOULD BE READY.”

Since then, he has always supported me and showed appreciation for my work.

About two years ago, Dain contacted me to know my thoughts on a new helmet Giro was designing for aggressive trail riders and dirt jumpers. Just like my initial contact with the brand, the crew at Giro was surprisingly eager to get my input. There were several long calls and lots of emails with the designers as the helmet came to life.

A little while later, I bought a van in Los Angeles and embarked on a three-month road trip across the West Coast. I spent a lot more time in Santa Cruz on that trip, in the Giro office and riding with Dain, who ditched work a lot in those weeks to me the hidden stash of steep and fast trails at Campus. By this point, I was feeling comfortable on a trail bike.

As the new Tyrant helmet took shape, I proposed to Giro that it would be cool if we made a limited-edition Bicycle Nightmares version of it, and in the end, we decided to do a whole collection, including a helmet, goggle, gloves, jersey, socks, and a t-shirt. 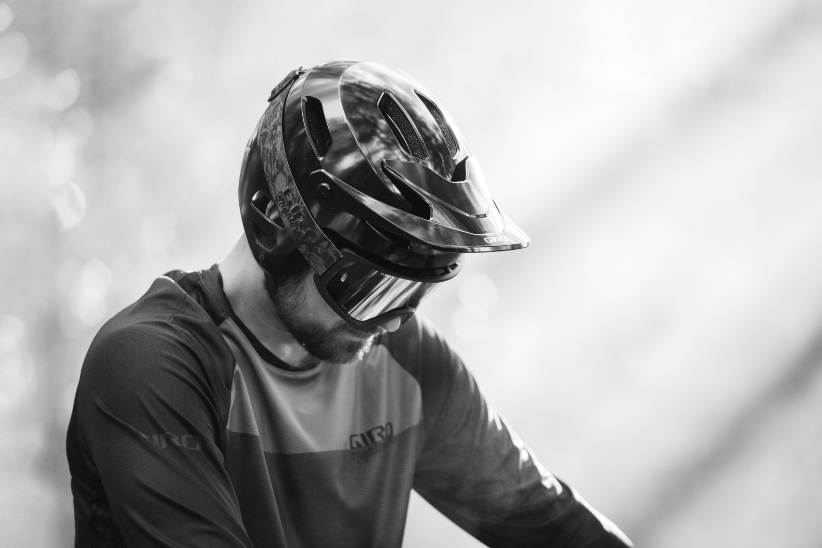 Bicycle Nightmares is a media outlet unlike any other. It’s mountain biking through the eyes of visionary Héctor Saura, a core rider whose stoke for mountain biking is infectious, and also a world-class photographer.

The bond between Giro and Bicycle Nightmares is rooted in a shared understanding of the need to shed light on an underserved niche within mountain biking. It’s hard to put into words … It’s not quite dirt jump, but it’s dirt jump influenced. It’s aggressive trail riding that’s focused on style and flow over pure speed. It’s about connecting with the elements by digging and creating the perfect line.

“THE BOND BETWEEN GIRO AND BICYCLE NIGHTMARES IS ROOTED IN A SHARED UNDERSTANDING OF THE NEED TO SHED LIGHT ON AN UNDERSERVED NICHE WITHIN MOUNTAIN BIKING.” 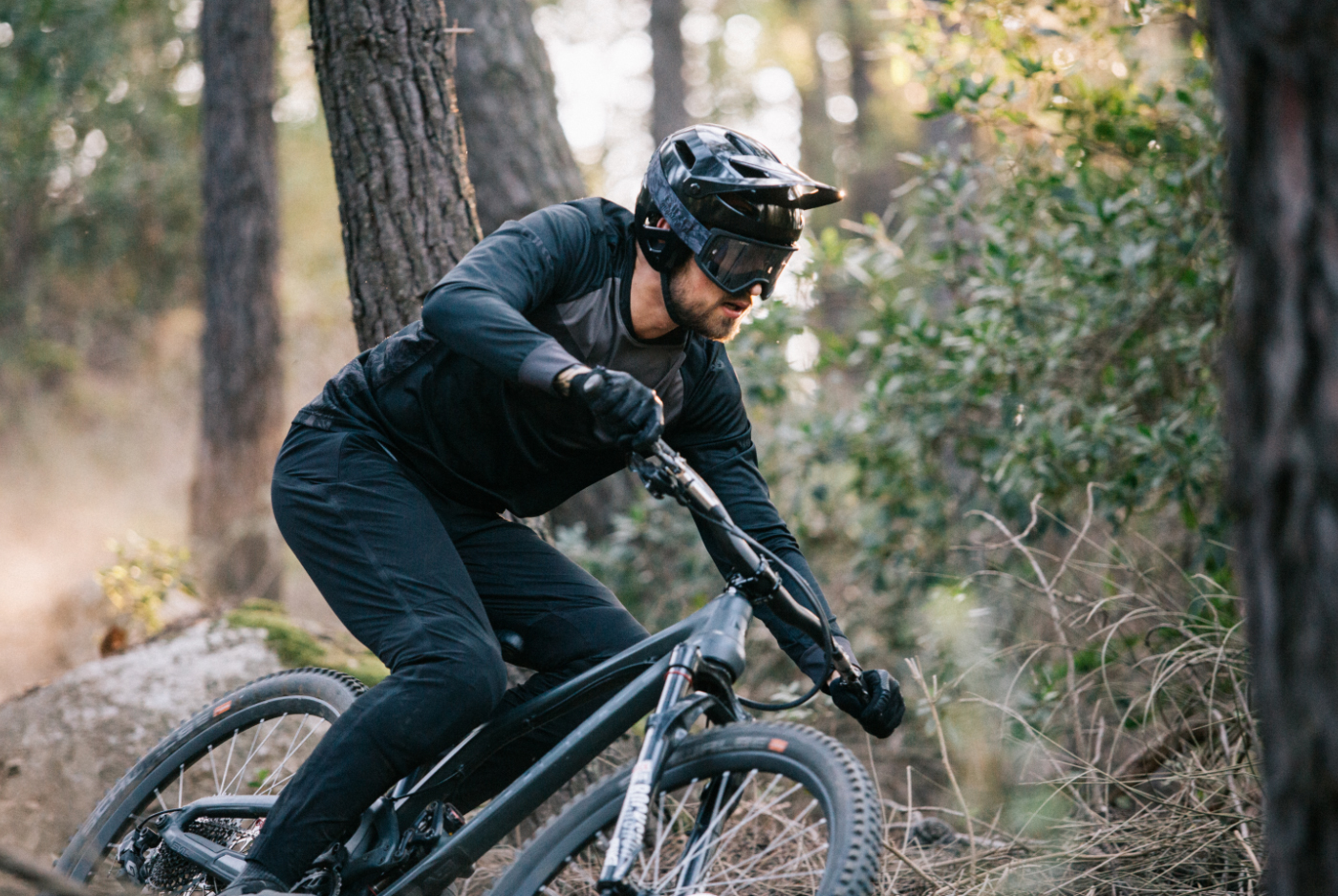 Its aesthetic is defined more by what it is not, than what it is. And this aesthetic is the opposite of motocross-inspired racing pajamas. It’s the opposite of lycra team kits. At the same time it’s inclusive and rooted in respect for every facet of mountain biking–from smashing out a six-hour, high alpine trail ride, to 50:01-style goofing off in the woods, to spending an afternoon on a pump track, to sessioning dirt jumps, to riding in the streets, or pinning on a number and racing the clock.

This collaboration started as an idea born on the trails, and it means much more to me (and more to Giro) than simply an opportunity to sell stuff. Héctor and I have spent more than a year sweating each and every detail. It’s the quintessential collaboration, where two different worlds benefit by working together. You’re not going to see a lot of this stuff on your local trails, but the experience of creating this line will leave an indelible mark on the Giro brand and we couldn’t be prouder.

“IT’S THE QUINTESSENTIAL COLLABORATION, WHERE TWO DIFFERENT WORLDS BENEFIT BY WORKING TOGETHER.” 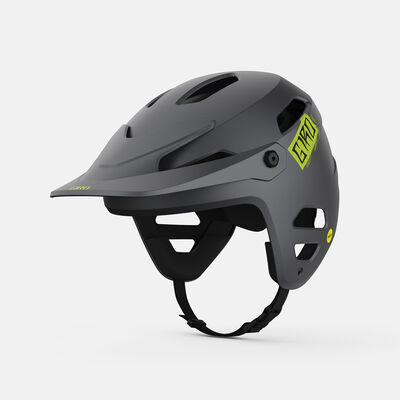 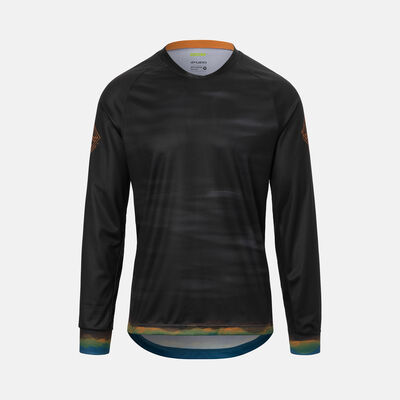 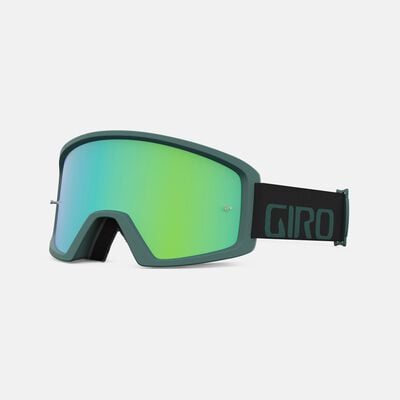 $90.00
Shop Now
Related Articles
DISTANT RELATIVES: 50TO01 VISITS BARCELONA
It’s a simple formula: take a few of the best riders in the world and go to a faraway place and rely on a host to show us the goods. In this case, Josh...
Read More